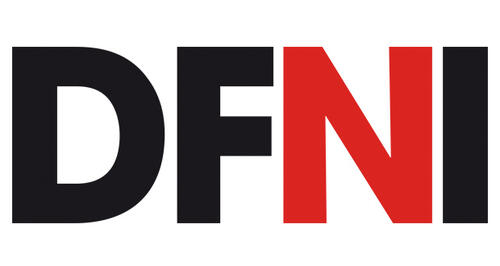 North Cyprus Ercan airport's duty-free operator North Cyprus Duty Free has revealed it has rebranded to Kaner Duty Free as it embarks on an extensive expansion.
The rebranding is part of the Kaner Group's strategy "that as we grow all our subsidiaries are going to start operating under the Kaner brand", Kaner Duty Free chief commercial executive Serhat Kotak told DFNI.

The company "has taken the steps to rename itself as Kaner Duty Free as part of a new branding strategy and international expansion plan" said Kaner Group Of Companies director A. Kaan Kaner. Kotak added: "We also manage two sea ports in Cyprus but our next move is really try and add other niche locations to start operating internationally."

Kaner Duty Free, which obtained exclusive operating rights at the airport three years ago, has been moving ahead with a major expansion of its shops, expected to be complete by March.  Kotak said: "The expansion will essentially double the size of the duty-free shop in Departures to over 1,800sq m making the overall space 2,400sq m. This, when added with our Arrivals, last minute shop at the gates, local products and the ever-popular concept fashion & accessories shops will help us offer the very best we can to the 3.5 million passengers per year at the Ercan International airport."

Kaner Duty Free's concept store is specialised in fashion and accessories focusing on premium brands founded in 1942 by brothers Adem and Vedat Kaner, Kaner Group's major divisions include distribution as well as franchising, duty-free at Famagusta and Kyrenia sea ports, and the Ercan airport operations.

Kotak added: "North Cyprus offers a unique opportunity for Kaner in that it is the only international airport[in the area], and there is a healthy tourist industry that includes gaming, therefore the clientele is also a niche. This offers the ability to offer some higher-end offerings."

Passengers are a majority of Turkish, followed by UK, then EU country travellers and some Middle Eastern countries but the retailer wants its "fair share" of Russian and Scandinavian travellers, which the airport is looking to attract with trial routes.

Kotak explained: "The flight from Istanbul to North Cyprus is only one hour and fifteen minutes. We have the proximity to Turkey and with the Turkish economy making the leaps that it has in the past decade that actually translates into people wanting to go on vacation and wanting to spend. We are pretty well-positioned to take advantage of that. We do expect passengers to include more significant Russian passengers in the coming years as well as Scandinavian passengers as there are new trial operations/routes starting so we do expect that to be a growth area," he added.